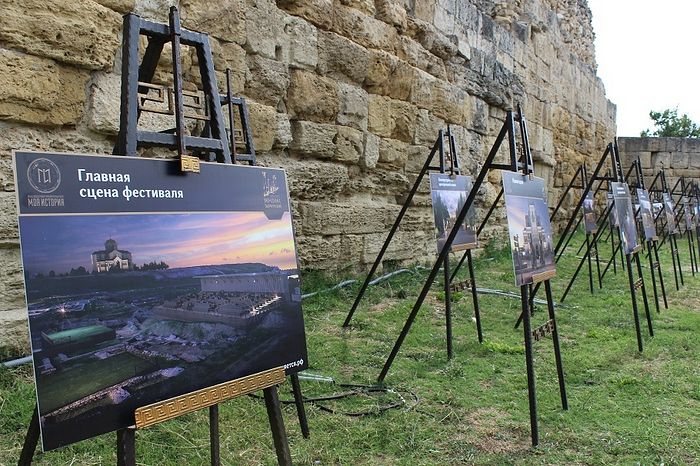 28 July 2018 on the territory of the Chersonesos Museum-preserve, preserving in our days for posterity the legacy of ancient Korsun, will be held a gala concert dedicated to 1030 anniversary of the baptism of Rus.

The event will be held in the framework of a large-scale festival “the Historical Park of Tauric Chersonesos”, sponsored by the State historical and archaeological Museum-reserve “Chersonese” and the Foundation for support of the Humanities, “My history.” The festival is supported by the Patriarchal Council for culture.

The Central event of the celebration 1030-anniversary of the baptism of Russia in the Crimea will be the choir of the Moscow Sretensky monastery with the program “Masterpieces of choral art of Russia”. The concert will be presented to the guests of the Museum to a new, specially built for the festival stage.

Sretensky choir preserves the ancient Russian tradition of polyphony, while the repertoire is not confined to the canonical Psalms. Among the works performed in unison, occupy a special place beloved by the listeners of ancient and Byzantine hymns, Serbian chants, ancient and modern Russian folk and Cossack songs, solemn hymns and songs on music of modern authors.

Performance in the Chersonese, ancient city walls, will be a notable event in the cultural life of the Crimean Peninsula and will join the list of the best concert venues of the choir, among which should be called famous scenes, cities such as new York, Washington, Boston, Toronto, Melbourne, Sydney, Havana, Buenos Aires, Rio de Janeiro, Berlin, London. 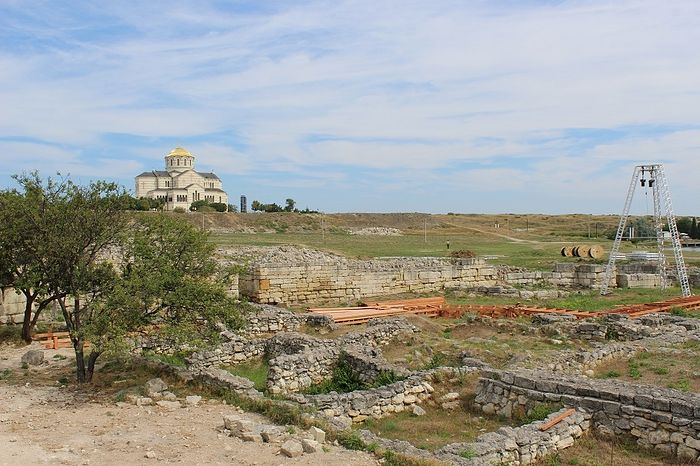 The concert will take place in Day of memory of Saint Prince Vladimir, July 28, at 20.30 on the territory of State historical-archaeological Museum-reserve “Chersonese” on the Main stage of the festival. Address: Sevastopol, street of the Ancient, d 1. The entry is by invitation only.

Concert 1030 anniversary of the baptism of Russia opens a vast program of the festival, whose main task is the large-scale transformation of the Museum in Chersonesos and promotion of the stored heritage Museum with the support of the Foundation “My story”.

The main part of the festival will be held in September this year. Provided for project work on the improvement and development of the Museum include the complex of measures on creation and updating of entrances of the Museum, recreation of visitors, accommodation of modern navigation facilities, educational spaces, light and multimedia equipment on an area of over 20,000 square meters.

One of the most anticipated events will be an evening tour, followed by lighting and multimedia design. Dynamic highlighting, is made using world class equipment, historically accurate information with modern material flow tour will make a visit to the Museum-reserve is unforgettable. 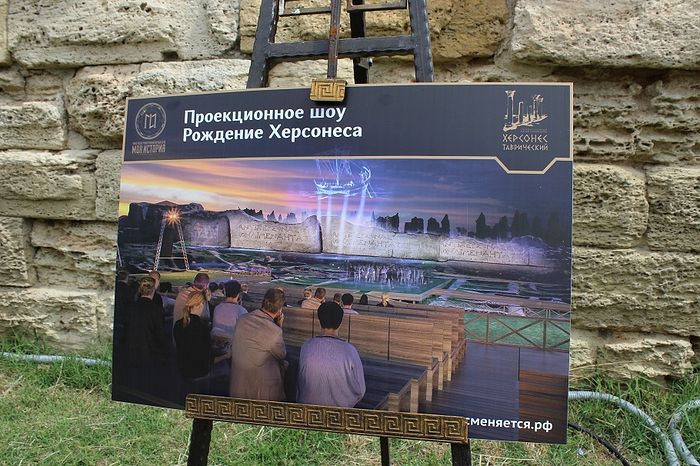 In the daytime the original scientific and educational content created together with the specialists of the Museum presented dozens of multimedia screens will tell you the most interesting facts about the fate of the ancient Chersonesos, located on the route of the historic objects, the study of ancient monuments and much more. More short films created specially for the visitors of the Museum complex, will speak about what lived in the ancient city and in why is the memory of the Chersonese alive today and is as relevant as ever.

As invited guests will attend the ceremony, Minister of culture of the Russian Federation Vladimir Medinsky, Governor of Sevastopol, D. V. Ovsyannikova and members of the cultural community of the city

About the Fund for the support of the Humanities, “My history”

Foundation support for the Humanities My history is a non – profit organization created in 2014 to implement programmes to support projects in the cultural and educational spheres. Since the creation to this day to popularize the history of Russia – a key area of useful activities of the Fund.

Today “My story” is an organization included in the list of partners of public authorities, large companies and Federal projects. Among them, the presidential grants, the project “Russia-My story”, the Ministry of culture and education, the Fund for Humanitarian Projects, the Society “Knowledge”, holding VGTRK and others.

Among the major completed projects of the Foundation “My story” – opening of the historic parks in major Russian cities: Kazan, Nizhny Novgorod, Samara and Omsk, as well as sofinansirovanie long-term grant programs Moscow Park “Russia-My story”.