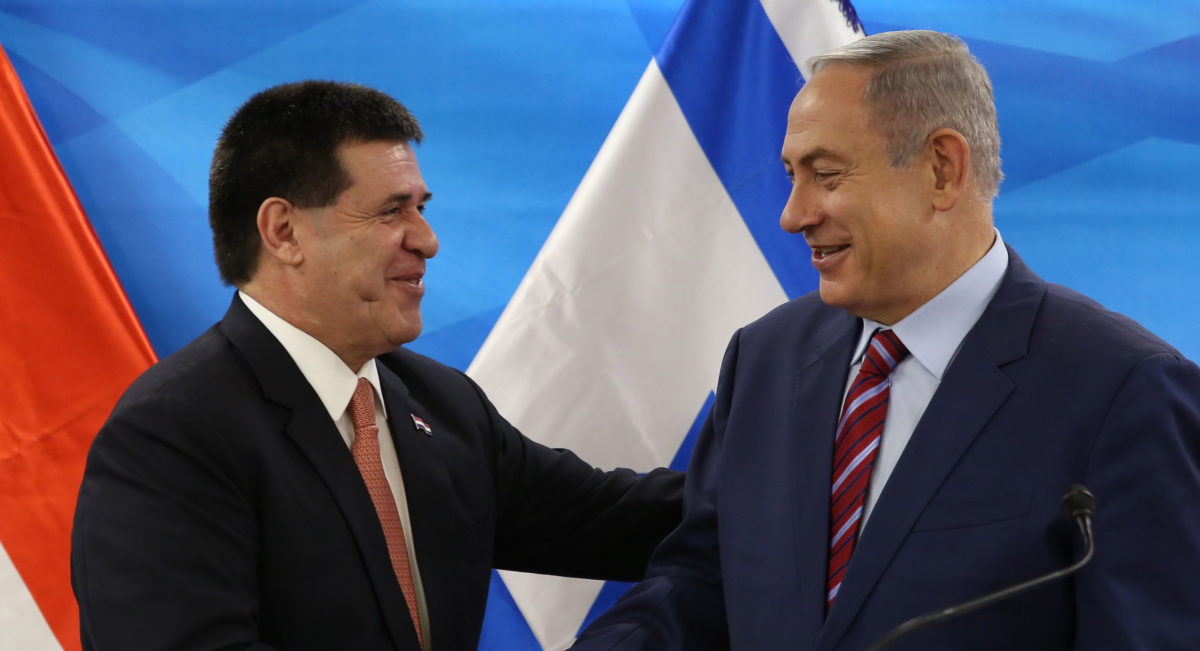 Paraguay is the third country that moved its Embassy to Jerusalem this week. The President of Paraguay, Horacio Cartes attended the ceremony.

Prime Minister Benjamin Netanyahu praised the decades of friendship between Israel and Paraguay. And he said Israel will never forget the help of Paraguay in the rescue of Jews from Nazi Germany and the Holocaust.

“Paraguay has supported the establishment of the state of Israel, recognition of Israel to the United Nations. We will never forget — said Netanyahu. — Paraguay — before, but especially under your leadership — has taken a very firm position in international relations and refused to take a lie directed against Israel. We always remember it. Thank You, Horacio! Thank you! And thank you, Paraguay!”

Netanyahu also thanked the United States and Guatemala. These two countries first moved their embassies to Jerusalem. In Paraguay, most likely, followed by Honduras.