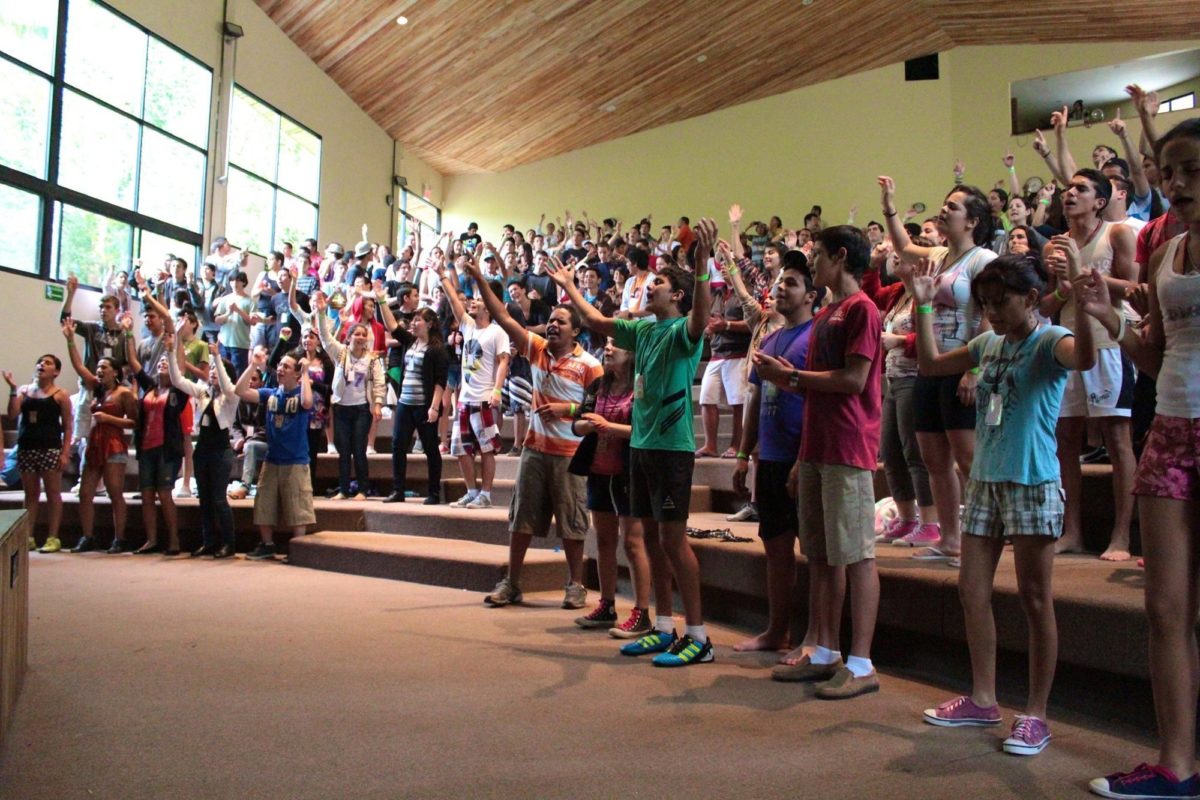 In the South of Bolivia at this time, many young people are thinking about summer vacation. Only a few Hispanics are able to visit summer camps and Christian camps where you can count on one hand. But the ones who are there still there, has transformed thousands of lives. Bolivian camp “Monte Blanco” has earned the admiration and support of both teachers and parents.

When students arrive at the camp “Monte Blanco” in Bolivia, they go on a journey, which every year transforms the lives of more than five thousand students. These Christian camps are still a rarity in Latin America, especially camps with a focus on games and entertainment. This camp goes back to 1952, when the mission “New tribes” has opened a boarding school “Tambo” for missionary children.
Tim Ramsey attended the “Tambo” in the sixties, while his missionary parents worked with the primitive tribe Ayora. And today, as President of the mission “LATCOM”, Ramsey took the territory of his old missionary school and turned it into one of the best Christian camps in Latin America. Over the past ten years, “Monte Blanco” was a real magnet for guys.

“We use food, fun and fellowship. For these three things any young person or child and goes to camp. They go not for the sake of filling their spiritual needs or because feel a strong desire to accept Jesus Christ,” Tim Ramsey, the President of the mission “LATCOM”.

Entertainment and communication include outdoor games and team competitions. They all focused on one objective: “From the moment of their disembarkation from the bus until the moment when they will again Board the bus to leave from our camp, the guys engaged in what has special purpose and meaning. It pushes them to a decision if they should accept Christ and be reconciled with Him,” says Tim Ramsey.

Changes do occur. In “Monte Blanco” at the same time about three hundred children live in the mixed atmosphere of entertainment and spirituality. Christian school “veroia” is one of the many schools in Santa Cruz, who send their disciples to “Monte Blanco”. Its Director Samuel Correa says that a highlight for many students is the bonfire.

“They particularly remember climbing a mountain. They remember how they sat on the mountain around the campfire and sang. For them it is unforgettable time, and they are constantly talking about him. They say: “the mountain spoke to me from the word of God,” says the Director of the school “Veria” Samuel Correa.

This is also confirmed during worship services and other events. And when students take here the spiritual decisions of their family at home very quickly notice the difference.

“Parents say, “What happened to our son? What did you do to him? We see how he has changed.” This is because children come to their parents and hug them. They come to him and say, “Dad, mom, I love you”. Moreover, they apologize to their parents,” continues Samuel Correa.

“They become more responsible and diligent students. They do all the lessons. They write better tests. They get along better with teachers. Thus, they have the prerequisites for self-improvement,” says Samuel Correa.

Other Directors also tell Ramsey about similar changes in their schools. One of them said…

“We have improved performance, we have noticed a decline in drug use, there are fewer conflicts. We witnessed some of the most notorious bosses of our school has changed dramatically. They accepted the Lord in “Monte Blanco”, they returned, and influenced their peers, so they began to lead a completely different lifestyle,” reports the words of Director Tim Ramsey.

The success of this Bolivian camp opened up new possibilities, encouraging staff “Monte Blanco” to arrange Christian camping on the road or on the river Bank.

“The Amazon we reached one town where over three hundred young people gathered at the campsite for the conference. There, our staff had arranged a camp very similar to the one that we have here,” says Tim Ramsey.

The camp “Monte Blanco” is expanding its influence, and Ramsey and his staff hope that other Christian leaders will develop similar programs with the camps as an effective tool to convert the youth of Latin America.