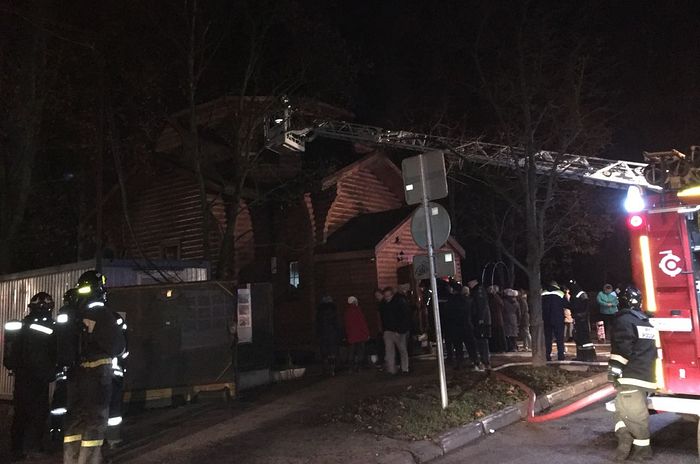 On Tuesday evening, 6 November, around 21.00, an unknown man set fire to a wooden Church of the Apostle and Evangelist John the theologian on the outside of the Boat, opposite VL. 31, according to Financial and economic management of the Russian Orthodox Church.

As reported in the North-Western Vicariate, on the cameras is clearly seen as the man folds the walls of the tires altar, the tables on which the parishioners usually drank tea after worship services, doused it all with gasoline and then ignites.

One of the witnesses drew attention to the fact that “camera on a plot set by the altar.” “So the logic of the pyro would be beneficial to act on the other side of the Church where there are no cameras and guard booth. However, the attacker confidently went up to the altar…” 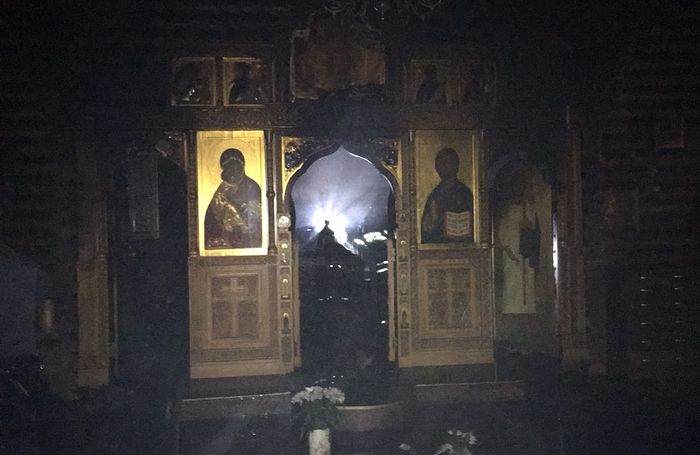 The fire engulfed the building around 21.00. Thank God, the fire immediately noticed one of the guards. At that time in the temple were two of the security guard and the head area. Men are not confused, the three of us began to extinguish the fire with fire extinguishers and called the fire brigade.

Firefighters arrived quickly. And at 21.30 the fire was extinguished. However, unfortunately, the building had suffered serious damage. The temple is not recoverable. The altar floors and the roof completely burnt out. Suffered prayer hall, icons, Church utensils. Soot. All Windows are smashed: some had burst themselves from high temperatures, others had to break – in order “to expel the smoke.”

The sad news spread quickly among the laity. And just half an hour after the fire started more than 40 area residents gathered at the site. From the temple we had to bear the burnt wreckage and rescue survivors the estate. Currently, the parishioners, led by their Abbot – priest Oleg Antinym – continue to restore order.

Day expected the arrival of the Bishop of Bronnitsy Paramon, Manager of the Northern and North-Western vicariates. It is planned to hold a meeting and decide where now to conduct services. We will remind, on the Playground is in full swing construction of the stone temple complex. The Church and parish house built. Remain the finishing work.

On the fact of arson is being investigated. A criminal case.

Less than a month ago, from 12 to 13 October 2018, yet another new Moscow parish, on the street Kamov, unknown persons set fire to the wooden Church of the mother of God “Softener of evil hearts” and the building of the Sunday school.