In celebration of the Origin of honest trees Holy cross faithful and the clergy of the Odessa diocese was not allowed to do public worship in the temple in honor of saints Cyril and Methodius at the Odessa military Academy. 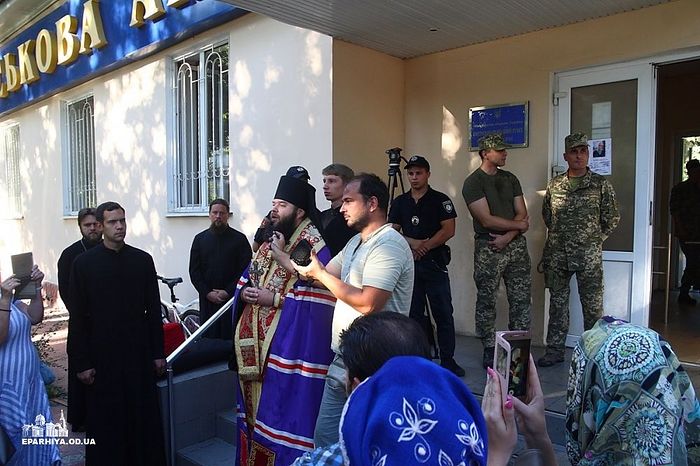 Early in the morning, the clergy and many parishioners arrived at Fontanska way to participate in worship, but the checkpoint of the military Academy of the military, referring to the oral order of his superiors, just don’t missed the believers in the Church, which is located in the territory of one of the oldest in the Odessa military educational institution, informs a portal “Orthodox Life” with reference to the diocesan website.

At the same time the so-called chaplains ‘Patriarchate of Kiev’, freely passed to the Academy through that same checkpoint. According to the rector of the Church Archpriest Sergei Dmitriev on the territory of the military Academy held a Congress of military chaplains of the so-called “Kiev Patriarchate” and the Ukrainian Greek Catholic Church, who yesterday in the categorical form has demanded to open the temple of the Ukrainian Orthodox Church and to serve together with them in the Liturgy. 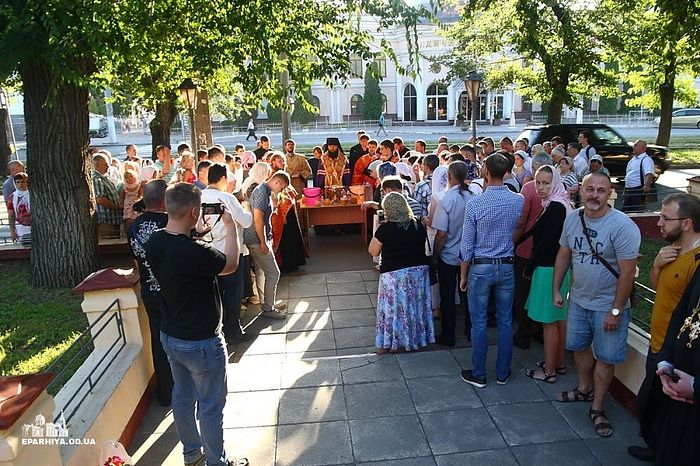 The Abbot of the temple refused to do, because the canonical rules forbid it, noting that “at this historic moment of being together we can’t serve” and suggested the military chaplains just to pray in the temple. The representatives of the dissenters stated that they still will go tomorrow to the temple and perform my service.

The facts of impeding the activity of the Ukrainian Orthodox Church confirmed once again that the faithful and clergy of the canonical Church are under unprecedented pressure, manifested in the form of seizure of churches, provocations, threats and prohibition of worship, according to representatives of the Odessa diocese.

In connection with these facts, the diocese appeals to the international community and asked them to pay attention to these circumstances systematic violations of the rights of believers of Odessa diocese of the Ukrainian Orthodox Church and oppression on religious grounds.