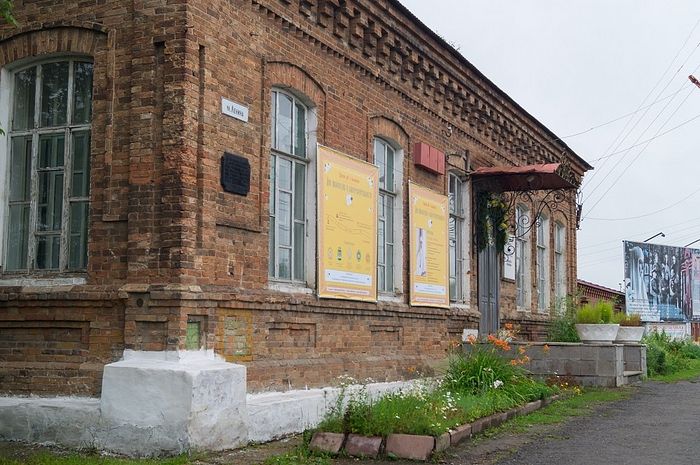 14 July 2018 will be the Grand opening of the Museum of memory of members of the Russian Imperial House “Outdoor school in the city of Alapaevsk”, reports the Synodal Department for Church relations with society and the media.

Thanks to the joint work of Fund of assistance to revival of traditions of mercy and charity “Elisabeth-sergievskoe educational society” (ESPO) and the Sverdlovsk regional local history Museum named after O. E. Clair (SOCM) managed to create a unique Museum exposition, telling not only about his tragic death, but also about the amazing life journey of the Alapayevsk martyrs. Sorrow will be a new memorial center for the preservation of historical truth and scientific study of the life members of the Russian Imperial House.

In the Museum there are memorial objects, revealing the deep inner world of the Alapayevsk martyrs. Halls tell about the military exploits, the charity activity of the representatives of the Imperial Romanov family, of fidelity to vows, duty and many years of friendship. Among the unique items referred from private collections, Museum visitors will see, for example, a part of the wedding service of Grand Duke Sergei Alexandrovich and Grand Duchess Elizabeth Feodorovna, the coffin in which the relics of the Holy Martyr Grand Duchess Elisabeth Feodorovna were transported from Alapayevsk to the Holy Land. Among the objects with memorial value, rare original medals and regimental insignia, genuine pages ‘ ring, unique pictures Alapayevsk prisoners.

The exhibition presents well-known book “the Martyrs of Christian duty” with the signature and records its author Abbot Seraphim (Kuznetsov), items relating to the history of the Imperial Orthodox Palestinian Society (IOPS), which, after the death of Grand Duke Sergei Alexandrovich was headed by Grand Duchess Elizaveta Fyodorovna.

Fund ESPO donated to the Museum a three-meter copy was reconstructed according to plans of V. M. Vasnetsov memorial cross, a monument to Grand Duke Sergei Alexandrovich, installed in the Kremlin. Specifically for the Museum, it was cast from the original molds.

“Outdoor school” — the last before her tragic death the place of stay in exile of Grand Duchess Elizabeth Feodorovna, Grand Duke Sergei Mikhailovich, Princes of the Imperial blood Ioann Konstantinovich, Konstantin Konstantinovich and Igor Konstantinovich, Prince Vladimir Pavlovich Paley, the Secretary of the Grand Duke Sergei Mikhailovich Fyodor Remez, nuns of the Martha and Mary monastery Varvara Yakovleva. The Museum will occupy an important place in the national project “Imperial route”, which unites the space of representatives of the Russian Imperial House. The route developed by Elisabeth-sergievskoe educational society in collaboration with the Ministry of culture of the Russian Federation.

The opening of the Museum “Outdoor school in the city of Alapaevsk” — branch of the Sverdlovsk regional local history Museum. O. E. Clare will become an important part of Tsarist days, dedicated to the 100th anniversary of the memory of the Royal Martyrs and Alapaevskih martyrs.

On 15 July the first excursion around the Museum exposition for his Holiness Patriarch of Moscow and all Russia will Kirillapone Chairman of the Supervisory Board of the Fund ESPO, candidate of historical Sciences, head of the international centre “Charity in history,” Deputy Chairman of the IOPS Anna Vitalyevna Gromova.

The head of the city Alapaevsk Sergey G. Bespalov and Chairman of the City Duma Saygid Labazanova Bilalov hope that residents and visitors in these solemn days will be able to evaluate not only re-opened a lovely Museum, but the scale of the works carried out for improvement of the city.

In creating the exposure is actively involved in the Foundation “Elisabeth-sergievskoe educational society”. Among the artifacts transferred to the exposure, rare documents, badges, photographs, collectible cards, Easter tray ventilnye eggs, etc. Most of the items of the collection Fund has repeatedly participated in significant exhibitions in Russia and abroad.

The Museum exposition was created with the support of the Russian Orthodox Church, Ministry of culture of the Sverdlovsk region, the Military historical Museum of artillery, engineer and signal corps, the Russian State Historical Archive, Russian State Military historical archive, Russian State archive of audiovisual documents, State archive of the Sverdlovsk region, the spiritual and educational center “Imperial”, the Museum of wooden architecture “Nizhnyaya Sinyachikha”, the collection of the library. Belinsky city of Yekaterinburg, the Union of Russian deltiology, private collectors from St. Petersburg, Moscow, Ekaterinburg and Alapaevsk, including A. V. Gromova, K. D. Matlin, A. B. Sirotkina, etc.

The permanent exhibition of the Museum of memory of members of the Russian Imperial House “Outdoor school in the city of Alapaevsk” will be open from July 15, 2018.