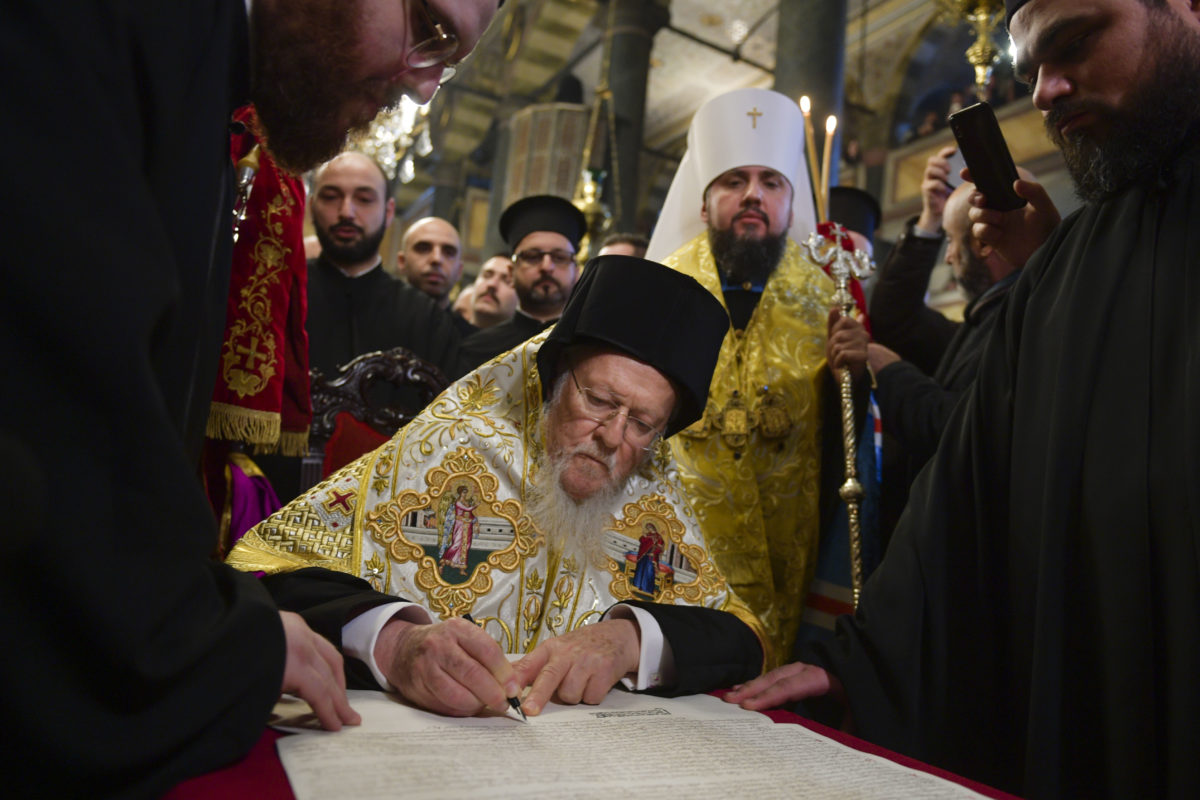 The meeting of the Synod of the Russian Orthodox Church

The intention of the Ukrainian authorities to deprive the UOC of the name contradicts the international legal norms emphasized in the ROC.

Attempts to rename the UOC on the basis of act No. 5309 – a gross violation of the Constitution. This is stated in the Journals (No. 98) meeting of the Holy Synod of the Russian Orthodox Church of December 28, the official website of the Moscow Patriarchate.

The members of the Synod expressed its deep concern in connection with the entry into force of the discriminatory law of Ukraine “On amendments to the Law of Ukraine “On freedom of conscience and religious organizations”,” on the basis of which secular politicians are going to seek the deprivation of the Ukrainian Orthodox Church of its canonical and legal name.

“To treat this legislative act as a gross violation of the principle of non-interference in the internal Affairs of religious communities, as enshrined in the Constitution. Pay attention to the contradiction of this law, the basic international documents on the protection of the rights and freedoms of the person”, – the document says.

The statement also emphasizes non-canonical character held in Kyiv on 15 December 2018 “Unifying Council” composed of members of separatist groups under the leadership of the representative of the Patriarch of Constantinople, Metropolitan Emmanuel of France and Petro Poroshenko.