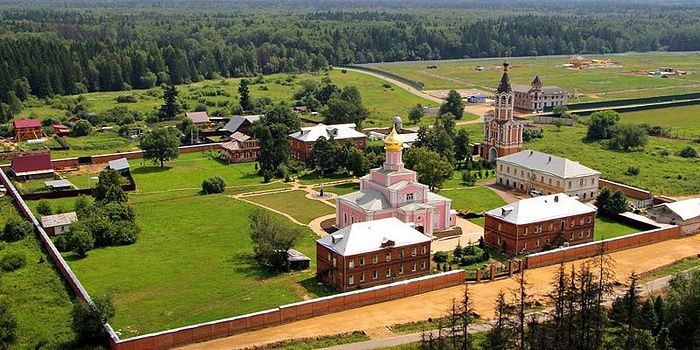 On the territory of the Trinity-Odigitrievsky convent Zosimova deserts in the settlement Novofedorovka will conduct the restoration work. Permission was given to the Department of cultural heritage of Moscow.

Here will restore four buildings of the cultural heritage site of regional importance: the priest house with annexe, commercial building, house with a mezzanine, the beginning of the twentieth century and the bell tower in 1910.

“Lost in the woods and marshes, the monastery Zosimova Pustyn, despite the late date of construction and the significant loss is an interesting example of a small provincial monastery complex of the middle XIX — early XX century. It blends beautifully with the landscape and is a notable landmark in the area. In March this year we agreed on the project of restoration work, and finally the work begins. They will last until the end of the year”, — said the head of the Department of cultural heritage Alexey Emelyanov.

In the bell tower to restore the finishing of interior walls, will restore the facades and linings of window openings. All work will be carried out with maximum preservation of the authentic materials. For example, in the bell tower for the exposition will be preserved fragments of the original ceiling beams and floor Board.

“In the house with the mezzanine will also include restoration of facades and stoves, and some doorways being converted by the window (this corresponds to the historical period buildings of the 1840-ies). In the economic case will be restored doorways carpentry, facades, and be constructed of stone porch with railing. The last building is the parish house with annexe. They organise breathable the pavement and will eliminate the greenhouse effect in the attic” — said Alexey Emelyanov. 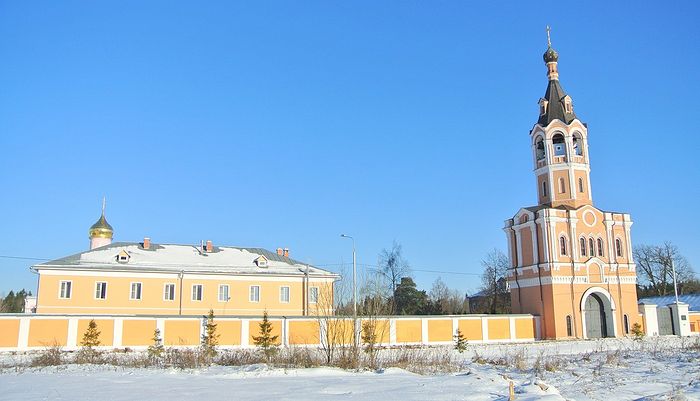 The Trinity-Odigitrievsky Zosimova Pustyn is an Orthodox monastery, founded in 1826 with the blessing of Metropolitan Philaret of Moscow by the monk Zosima as a women’s community in the estate of court counselor’s Bakhmetieva.

The main stone building of the monastery complex was built in the mid-NINETEENTH century. Some information about buildings can be found in the insurance documents. It follows that in the Central manor zosimovoj the desert in 1910 there were 57 buildings.

All the buildings were repeatedly rebuilt and adapted to the needs of organizations located at different times on the territory of the former monastery. From 1920 to 1928 there was labor Association novices, from 1925 to 1968 nursing home, and from 1968 to 1998 — the summer camp of the Moscow metro. Then on-site built swimming pool, sports facilities and playgrounds. In 1996 adopted a decision on the restoration of the monastery, from 1999, the monastery was revived.