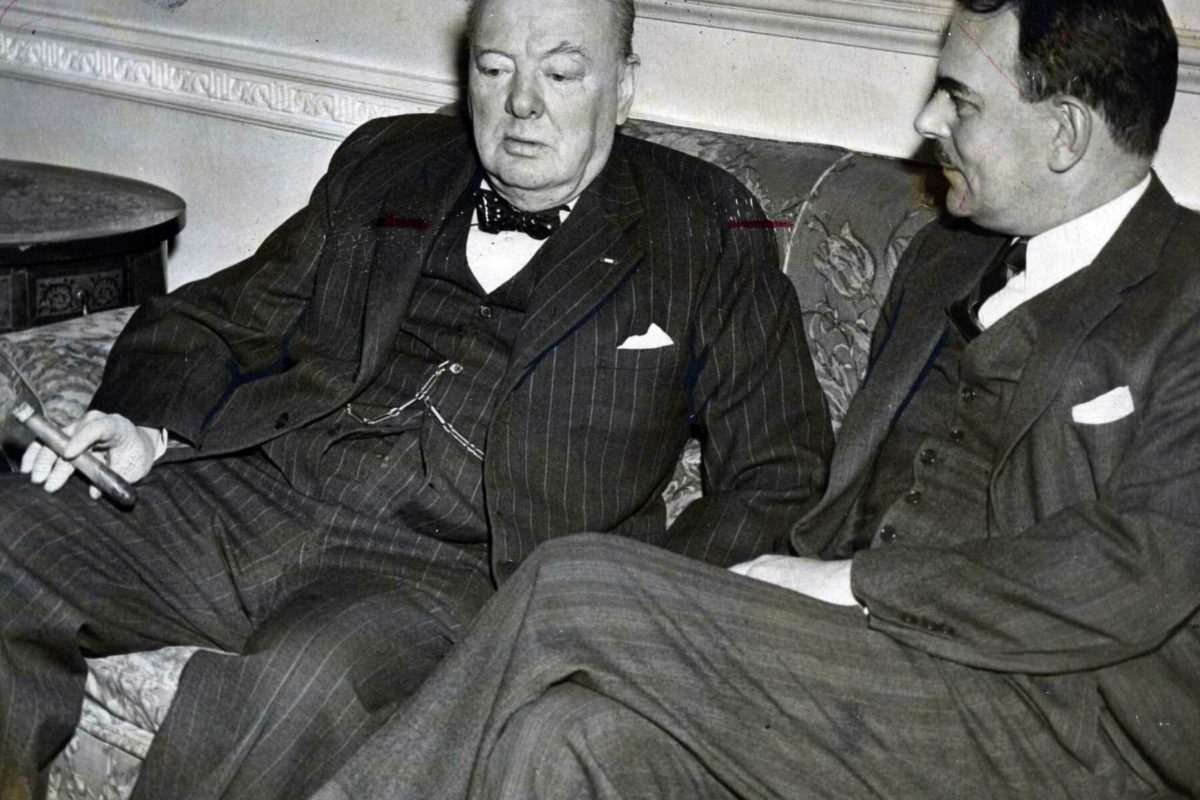 The decline of Christianity in Britain, most likely, would not suit Winston Churchill. He rallied the free world to victory over Nazism, he was able to inspire and give resolve to those who despair. And now one of his grandchildren wrote a book, from which it follows that he also had a strong personal faith.

“Hitler knows he will have to break us in this island or lose the war. If we will be able to resist him, all Europe will become free”, said Winston Churchill, a politician whom historians consider it one of the greatest leaders of the Millennium. But until then, the world knew little about his personal faith in God. Most experts consider him a agnostic, but the great-grandson of Jonathan Sands says that Churchill was so only in his youth.

“I can confidently conclude, as well as Wallace, that my grandfather had a very strong faith. At that time it was not customary to talk about their faith. Churchill, you know, was not a religious figure, he was Prime Minister,” says Jonathan Sands, co-author of the book “God and Churchill.”

In the book, “God and Churchill”, the authors cite a conversation between the Prime Minister and his bodyguard Walter Thompson. One day while walking in them almost got hit by a bomb, and then Churchill turned to Thompson and said, “don’t worry, me watching someone else”.

“Walter Thompson did not understand what he meant, and asked: “You mean Sergeant Davis?” And grandfather smiled slightly, shook his head and replied, “No.” Pointing to the sky, he said, “There’s someone in the world that prepared for me a mission, and he intends to see how this mission will be accomplished,” says Jonathan Sands.

Sands decided to write this book after a conversation with the official biographer of Churchill, who shared with him the unexamined material about the faith of the Prime Minister. So we discovered a few examples of how Churchill mentioned in private conversations about their personal faith.
One day, during a discussion of world leaders throughout history with field Marshal Montgomery, Churchill openly spoke about Jesus Christ: “What do you think about Jesus Christ?” — asked Churchill Montgomery. And Churchill answered: “Jesus Christ was unsurpassed in his ability to save sinners.” It is his word. We bring them to book,” says Wallace Henley.

Henley and Sands believe that the original gospel taught Churchill his nanny.

“His nanny, Elizabeth Everest, fed him with the Word of God. He analyzed from this point of view,” says Wallace Henley.

“From the result of this battle depends the existence of the Christian civilization,” — said Winston Churchill.
The Christian worldview enabled him to see clearly in Nazism the source of evil, even when others didn’t see it. He openly admitted that only God can give the Kingdom to survive this war, and urged the British to trust in the Almighty: “Because the will of the Lord in heaven, and it shall be,” he said.

“Unlike Adolf Hitler, the great-grandfather drew the expectation of the people of God. Whenever he mentioned God or quoted in the speeches of the Bible, he encouraged people to trust in the Lord,” says Jonathan Sands.

Furthermore, Churchill was a model of Christian virtues such as forgiveness. Some of his critics, he appointed members of his war Cabinet and refused to vilify the Germans.

“Check out his performances and you will see that, speaking of the Nazis, he separated them from the German people. He wished freedom to the people of Germany. He considered it important not to repeat the mistakes made at the end of the First world war, when Germany is completely isolated and didn’t want to deal with her,” says Jonathan Sands.

Sands and Henley note that Churchill was the leader who believes in divine predestination. Another 16-year-old schoolboy, he prophesied to a friend that one day on the London attack, and he will lead England to victory.

“So, he States clearly and confidently that not only will be a leader in time of war, but also will lead their country and their Empire to victory. Then it seemed absolutely impossible, but in light of the history of 1945, you see that the way it happened,” says Jonathan Sands.

Sands and Henley believe is almost incredible how many times Churchill escaped death during the Anglo-Boer war, and later in the First world war. When he was a member of Parliament in the thirties, his reputation in the community suffered because of his warnings about Nazism and demonstrations against the appeasement of Hitler. In the end, the promotion of Hitler’s Europe a vindication of Churchill and forced his critics to silence that prepared him for the job of Prime Minister.

“I warned them that Britain would fight alone…”, he said.

“God himself intervened in the course of history through this man. In the same way God will intervene in our history. He will raise these people,” continues Wallace Henley.

The authors of the book “God and Churchill was” saying that such faith may inspire hope today, when the world again needs a strong leader who will oppose the dark forces.

And one more remark: Sands and Henley write that Churchill understood the importance of rest. He discovered painting at the age of forty years and later noted that any public figure must have some or other hobby.