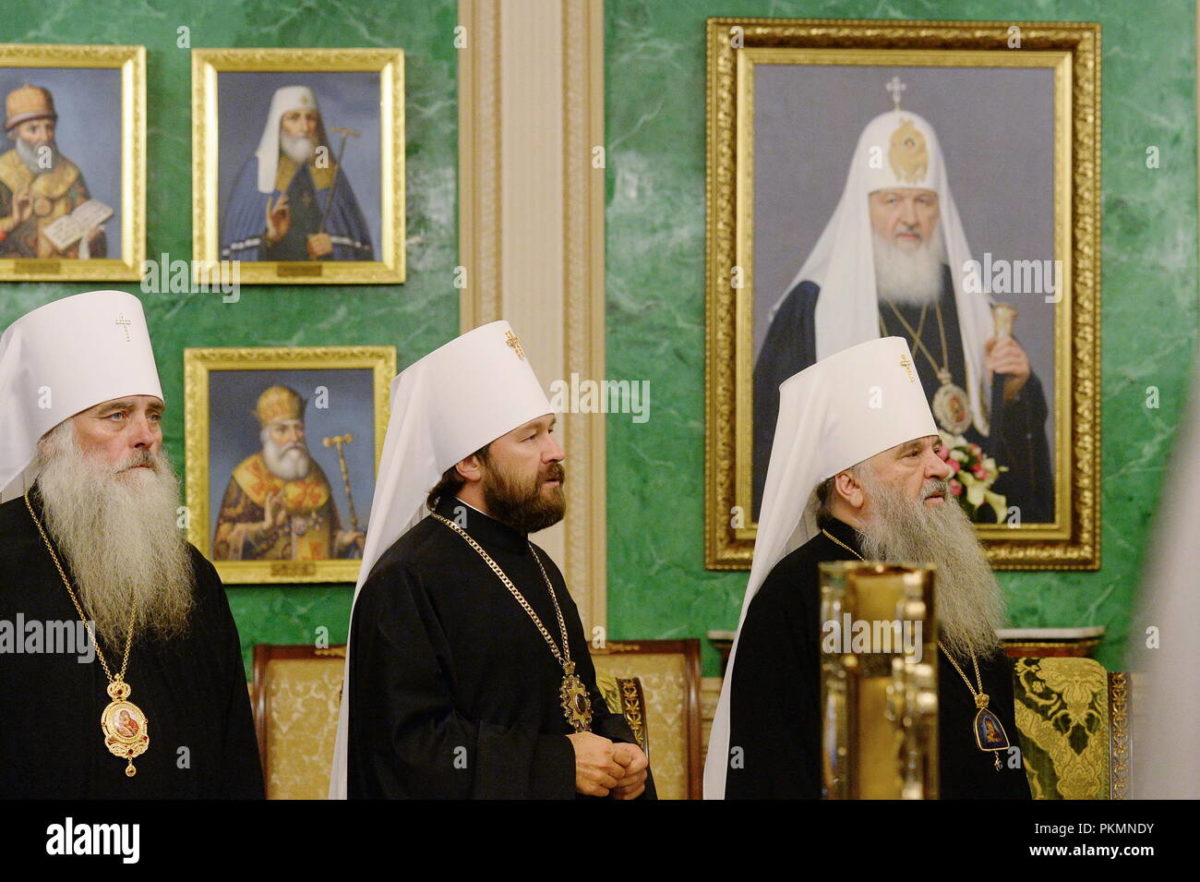 The Chairman of the Synodal Department for Church and society and the media V. Legoida told about the decisions taken at the latest 2018, the session of the Holy Synod held on December 28 under the chairmanship of his Holiness Patriarch of Moscow and all Russia Kirill at the Patriarchal and Synodal residence in the Danilov monastery in Moscow, reports patriarhiei.

One of the Central points of the agenda of the session of the Holy Synod was to discuss the situation in Ukraine. V. Legoida stressed that the Holy Synod in its ruling, pointed to the “non-canonical character held in Kyiv on 15 December 2018, the so-called Unifying Council composed of members of separatist groups under the leadership of the representative of the Patriarch of Constantinople, Metropolitan Emmanuel of France and the President of Ukraine P. A. Poroshenko.”

The head of the Synodal Department noted that the Holy Synod regarded the entry into force of the discriminatory law of Ukraine “On amendments to the Law of Ukraine “On freedom of conscience and religious organizations”,” on the basis of which secular politicians are going to seek the deprivation of the Ukrainian Orthodox Church of its canonical and legal name, “as a gross violation of the principle of non-interference in the internal Affairs of religious communities, as enshrined in the Constitution of Ukraine”. “The decision of the Holy Synod draws attention to “the contradiction of this law, the basic international documents on the protection of the rights and freedoms of man”.

According to Vladimir Legoyda, the Synod of the Russian Church “appealed to the primates and Holy Synods of the fraternal local Orthodox Churches for their support of Metropolitan of Kyiv and all Ukraine Onufriy, the episcopate, clergy, monastics and faithful of the Ukrainian Orthodox Church in connection with and overcome challenges, and to recognize the community established the so-called “Unification Council” December 15, 2018 in Kiev, as an Autocephalous Local Orthodox Church”.

The representative of the Church also spoke about the creation of the Holy Synod of the Patriarchal exarchates two: in Western Europe with its centre in Paris and the South-East Asia center in Singapore.

The Holy Synod also approved a number of documents, including decisions of the Supreme Church Council, passed in the second half of 2018, the journals of the Belarusian Exarchate, the Central Asian Metropolitan district and Metropolitan district in the Republic of Kazakhstan has approved the updated composition of the Publishing Council of the Russian Orthodox Church.

Synod also approved a number of liturgical texts and hymns.